You’re on our minds and hearts this evening, and please know that we pray for you often! If you have specific requests that we’re not aware of, please send them our way. Thank you sooo very much for your friendship, love, prayers, and generosity!

We want to begin by asking if you would please pray with us for another year of Irish residency. This looms front and center every September, but since this year marks our fifth back in Ireland, we can apply for citizenship (only possible after five years of consecutive residency) IF we get one more year of residency. We are sooo looking forward to not having to face this annual hurdle in the future, Lord willing.

You’ve been so faithful to help us over these five years (and many of you far longer than that), and we love and appreciate you more than you’ll ever know! As governments go, both residency and citizenship come at a price … about $2,500 to be exact. Some of you have already come to our aid, and we’re grateful beyond words. God knows where you live, and thankfully He knows just how to reward you! J Thank you, thank you, THANK YOU!! [Online donation link found at www.masterlife.org, and snail mail giving addressed to MasterLife, Int’l, P.O. Box 4784, Lynchburg, VA 24502.]

“Give and it will be given to you. They will pour into your lap a good measure– pressed down, shaken together, and running over. For by your standard of measure it will be measured to you in return.” ~ Luke 6:38

It’s always fascinating to watch the cloud move on, God always has a plan, and He always makes it known in His perfect timing! That’s what’s been happening with us over the summer, and we’re sure you’ve seen it happen from time to time in your life, as well. God has given us a new ministry base as we continue to reach out to men and women of all ages, including addicts and prisoners, and help them to become all that God wants them to be. Our ongoing desire is to widen our scope of ministry by teaching and training more people who live in Ireland (whether they’re Irish or not) to be “fishers of men” … evangelists, teachers, disciplers, etc. 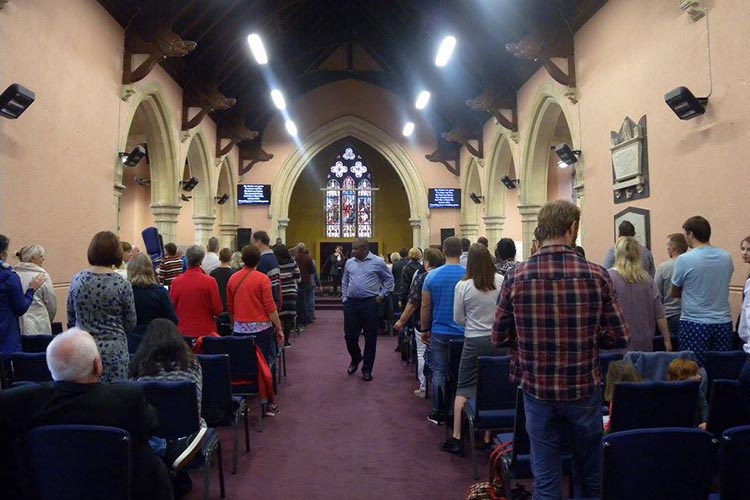 Cornerstone Church: Cornerstone Church began in the mid-80’s in South Dublin, about the time that we returned to the U.S. from Ireland in 1986. What started as a university campus ministry to students became a community fellowship. Over the years, the location of the community has changed and various different people have been a part of it, but the heart to see lives touched by the love of God has always remained. The church has found a home in its new location in the town of Bray since 2014.

Kyle Holland is currently the senior leader of Cornerstone church, and he leads with a core team along with an extended team who run the various ministries. Tip first met Kyle in the mid-80’s, and has reconnected with him since we returned to Ireland in 2012. He and his lovely wife, Wendy, are originally from the U.S., just as we are. They’ve lived in Europe for many years, just as we have. They’ve also raised four children who were born overseas, just as we have. Clearly you can see how we already have a lot in common with them. 

Bray: (Irish: Bré, meaning “hill”, formerly Brí Chualann) is a town in north County Wicklow, Ireland … a 35 minute drive from our home. It’s a busy urban center and seaside resort, with a population of about 32,000, making it the ninth largest urban area in Ireland. It’s situated about 12 miles south of Dublin on the east coast. The town straddles the Dublin-Wicklow border, with part of the northern suburbs situated in County Dublin. This location makes it accessible to our disciples in Dublin, as well as those in Co. Wicklow.

The Well: Cornerstone meets in the oldest building in Bray, originally called St. Paul’s Church, dating back to 1609. In 1977 the church was closed as a place of worship, but continued to contribute to the praise of God as a manufacturer of pipe organs. In 2010, after extensive renovation and re-furnishing, the church was once again opened as a place of worship, now called The Well. Cornerstone Church moved into The Well in 2014, thus the name Cornerstone at the Well. 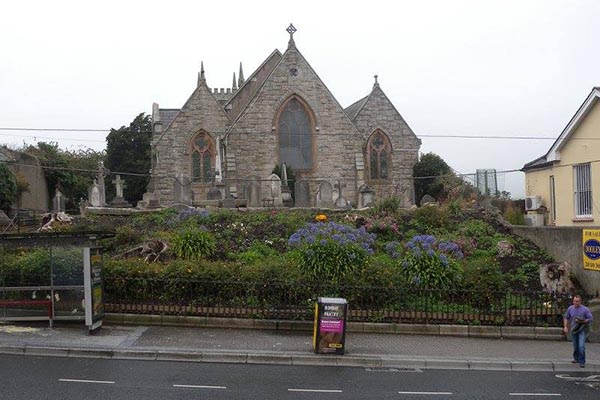 Thank you hardly seems adequate in communicating how special you are to us, and for what you have meant to us over the years. It’s hard to believe that we’re just two years away from the ½ century mark in full-time ministry! Even though we’re at that “three score and ten” place in life, our desire is not to retire … but to “refire!” It’s exciting to daily watch the signs of the times as we wait for the soon return of our Lord and Savior, Jesus Christ!