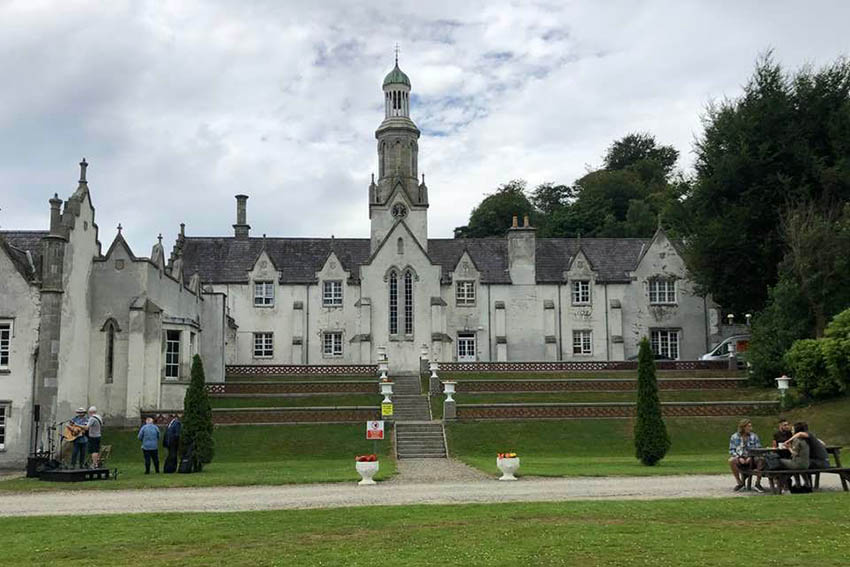 Laurie and I had beautiful surroundings, great guys, good music and beautiful weather! A perfect 72 degree day for our annual open day at Shelton Abbey prison. As you can see, this is no ordinary prison. It dates back to the 1600’s, and was once the beautiful private estate of the Earl and Countess of Wicklow.

In 1776, Ralph Howard was elevated to the peerage of Ireland, being made Baron Clonmore of Clonmore Castle. In 1785, he was further elevated in the peerage and became the first viscount of Wicklow. After his death, his wife, Alice Forward, was made Countess of Wicklow in 1793.

The current building is set in extensive grounds and replaced a previous less extensive country house which had, in 1690, accommodated the fleeing James II of England after the Battle of the Boyne.

The abbey was extensively remodeled in the Gothic style in 1819. Despite its institutional role, the building retains much of the original architectural characteristics.

In 1951, the owner of the estate, William Howard the 8th Earl of Wicklow, was forced to sell Shelton Abbey due to financial difficulties. It was purchased by the Irish State who repurposed it as a residential training facility for forestry workers.

Since 1973, Shelton Abbey has been used as an open prison for males aged 19 years and over who are regarded as requiring lower levels of security. Shelton Abbey currently holds 109 prisoners. 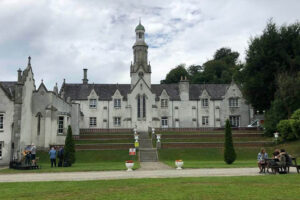 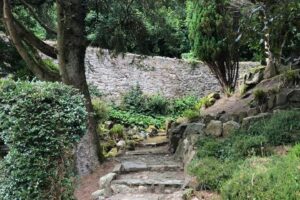 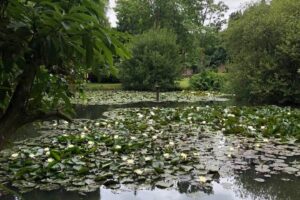 Beautiful lily pond with scores of ducks and ducklings ... 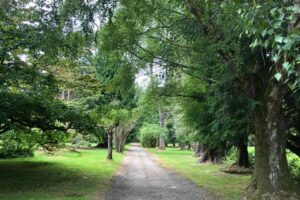 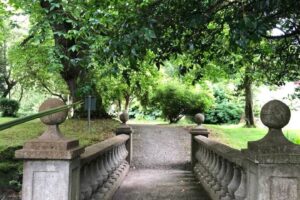 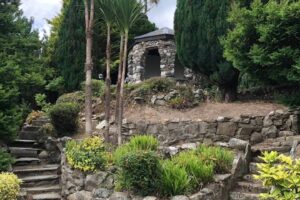 Oh, to be able to meet those who walked these steps in those early years .... 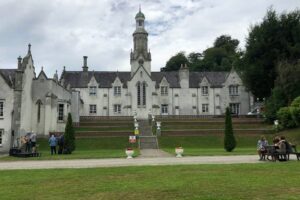 Shelton Abbey was once a vibrant abbey, and still has a beautiful church on the grounds.. 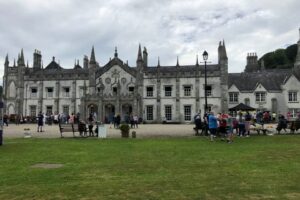 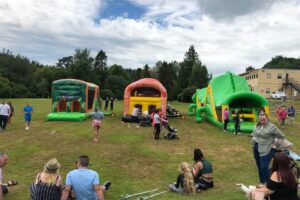 Families of the prisoners love to come for this special open day every summer ... 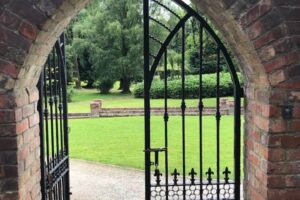 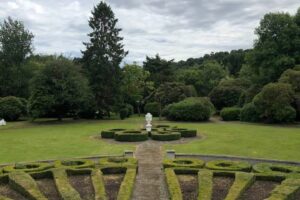 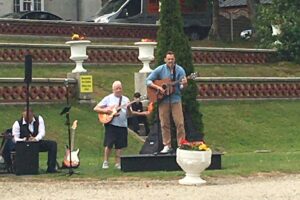