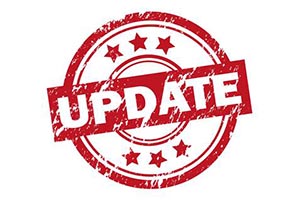 Our dear friends and partners,

Last Sunday after church Tip was enjoying a cup of coffee when a young man came over to show him a pic on his phone of four guys with him in beside a rescue helicopter.  He said, “You used to teach us at the addiction recovery center that one day we’d be involved in ministry and leading others to the Lord.  My buddy and I used to talk about how you were the craziest guy we’d ever met.  We don’t think you’re crazy anymore.  The men in this picture are my co-workers helping to rescue juvenile offenders.”

One day he showed Tip his back and the scars looked like railroad tracks … the result of some local hoods who attacked him with claw hammers.  Tip always reminds him that he’s a trophy of God’s grace.

This encounter triggered some memories of our 21 years in Ireland, and as we reminisced together, these are just a few of a multitude of memories that came to our minds ….

A huge heartfelt thank you for your arms of love, encouragement and support as we link arms to reach the world.  We’re so grateful for your faithful partnership in ministry, and we pray for you by name daily.  Please feel free to contact us with your news or prayer requests anytime … we’d love to hear from you!

Watching for the soon return of our Lord and Savior, Jesus Christ ….